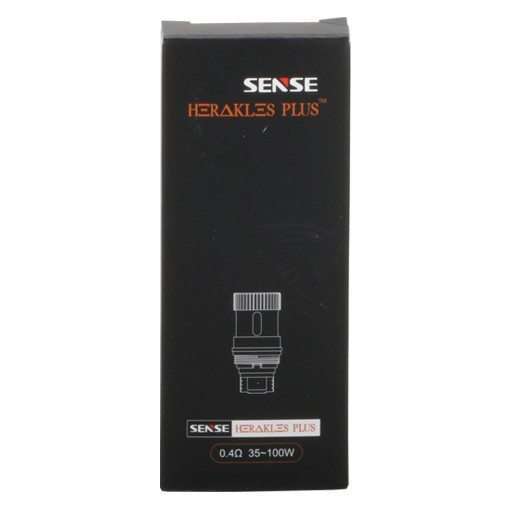 Parallel coils run multiple wires in a wrap so they are great for reducing resistance as well as increasing the surface area that heats up and makes contact with the wick. China-based indie company Sense Tech has made parallel coils available in a pre-built, disposable unit for vapers who prefer using replaceable atomizer heads rather than building them from scratch.

These 0.4Ω replacement coils are made of traditional Kanthal wire. Vapor production starts at 40 watts and gets thicker at 50 watts. Flavors burst at 60 watts with the vapor warming up nicely. Most users find their sweet spot between 65 watts and 70 watts when warm, thick clouds of vapor really bring out the flavor.

Note: These replacement coils will only work with the Sense Herakles Plus tank. They are not compatible with the original Herakles tank.