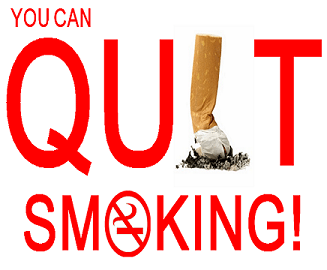 Right, let’s get to the point here. You want to quit smoking. You are sick of trying patches that don’t work, nicotine gum that gives you hiccups within five minutes of chewing it, and weird inhalers that don’t give you quite the hit you need to make it through the stressful ten minutes without a “real”cigarette.

You have decided that you now want to try your hands at electronic cigarettes, mostly because you’ve seen other people using them, and some of your friends have actually managed to quit smoking by using them. I’m glad you’ve finally come over to the “light side”… Life is very different over here. I don’t stink like an ashtray for one!

Can you really quit smoking with electronic cigarettes?

Quitting smoking using e-cigarettes is really easy, and is literally a process of weaning yourself away from the nicotine addiction by combating the physical addiction to the nicotine drug addiction at the same time. It doesn’t make a lot of sense right now, but it will in about five minutes, I promise you.

When you first get your electronic cigarette – from that very first moment you clock eyes on it on the website and decide to add-to-basket, you will want to go for the very strongest, highest level of nicotine strength you can get your hands on. This is an approach that is quite smart to take, mostly because you’ll appreciate too much nicotine a lot more than not enough… trust me!

Comfortable? Take the next step…

Once you’ve been using the e-cigarette for a while, and you think you have got comfortable enough to use it properly, you should consider dropping down a nicotine level. It’s a scary thought, and I’m not saying you won’t notice the difference because you probably will, but it’s a small price to pay. Just imagine changing brand of cigarettes, or going for a lightly “lighter”tobacco, and you’ll have the right idea. Just like the changes to your smoking habits you made in the past, you and your body will soon get used to it. It’s just a matter of time.

I only stuck with the high level stuff for a month or so before I decided to change down to the next lightest nicotine strength, and I would suggest doing it when you feel comfortable. If you are trying to get used to a lower nicotine level while using an electronic cigarette you can’t quite get the hang of, you’re going to find yourself getting agitated. If it takes you a couple of months to settle down and get the hang of things, so be it. Wouldn’t you rather take your time, doing things properly than rushing in, trying to get to the end point too soon, and failing because you didn’t show a bit of patience?

Anyway, the point I am trying to make is when you feel you can do it, make an order for newcartridges or liquids, but instead of going for the high strength stuff, choose to order a lower strength instead, such as medium.

Obviously, some e-cigarette companies will have strengths available over others, so if you want to do it in more, slightly smaller stages, feel free to go for one like V2 Cigs that offers a wide range of strengths. White Cloud is another great e-cig company to opt for also, and they have the highest strength liquids and cartridges we’ve come across so far.

When you order the medium liquid, use it for a couple of months again. The first time I quit smoking with e-cigarettes, this second phase; the medium phase, lasted me just a month before I decided to go onto the lower strength of cartridge. To be honest, I think this was too fast, for me at least. I’d give it a couple of months on the medium stuff before you head down to the low strengths. At least 8/9 weeks anyway.

When to hit the low e-liquid.

You’ll know when the time comes to finally start hitting the low strength stuff anyway. That’s how it went for me…I started leaving my e-cigarette at home. I wasn’t as reliant on it as I had been at the start, and although I still craved nicotine, I didn’t freak out quite so much when I realized I was going to need to wait almost an hour before I was home to smoke it. There were a few times I left it in the office overnight too, and had to resort to using an old backup kit I had bought many years ago. Once you start forgetting it, you’re not reliant on it – your brain isn’t constantly thinking about it. You should embrace it because it’s not a bad thing!

When you go onto the low strength stuff, you should deliberately start leaving your electronic cigarette at home. When you head to work, pack it in your bag and whack your bag in the trunk so you can’t get to it. Do the whole journey without it and see how you feel. Try not to smoke it on the way to school with the kids in the morning. Leave it at home rather than tucking the e-cig in your pocket when you leave to go to the grocery store. The trick is to get used to being a non-smoker and sometimes that literally just means being a non-smoker, even if it is only for a couple of hours at a time.

Low strength is just one more step away from being a non-smoker. Very soon, you will be on your way to being nicotine-free. Imagine the money you could be saving, and the health benefits you could be reaping. Studies have shown that quitting smoking could boost your quality of life in many hundreds and even thousands of different ways. Isn’t it time that you started enjoying life as a non-smoker again? Imagine the money you’d save on air fresheners for your smoke-ridden home!

After another couple of months on the low strength nicotine cartridges or liquid, and a few attempts at deliberately leaving it at home or in the car when you go out and about, you should start thinking about going to zero…no nicotine.

Zero Nicotine (It’s not as scary as you’d think!)

It’s a scary thought but if you decided to quit smoking, you must have known this day would come… The day that you would finally be free of the nicotine-chains you have been held by for the last few years, even decades in some cases. Buy a couple of bottles of zero strength liquids to refill your cartridges with, and have them to hand. Don’t make a date for it if you don’t want to. That can be too much of an intimidating thought for some. One day you’ll more than likely wake up and say “today is the day”and make the switch anyway. Again, that was the approach I took and it worked well for me. The liquid turned up and I put it in my drawer of e-cigarette paraphernalia, planning to forget about it for a while. Three days later, I put the low strength stuff in the drawer and took the zero strength stuff out. Apparently, that was the day.

I did about two weeks on the e-cigarette on the zero strength cartridges before I put it in the drawer and didn’t take it out again…For two years. I had a particularly bad day at work and the e-cigarette wasn’t going to be enough to curb my cravings. I bought a pack of ten cigarettes and smoked again for three weeks before I went back on the e-cigarettes and started the process all over again. The second time, I gave up smoking for about seven months. It just goes to show it works. Perhaps I just don’t have enough will power yet? Still, even with smoking the e-cigarettes you’ll be saving money on regular cigarettes, so you can’t really complain!

The trick to getting it right is…

The trick to quitting smoking with e-cigarettes is to do things slowly. I found the faster I tried to quit, the worse my attempt was. The third time I quit with e-cigarettes, I only spent three or four weeks on the various strengths before sliding down to the next one. Within five months I had gone from smoking to zero strength, and within three more months, I was back to smoking.

The longer I took in the various stages, the better the length of time I gave up for. My best attempt was when I took about eight months to quit from start to finish. Maybe that’s the sort of time frame you should be looking at yourself?

The one thing I do know is that you’ll never know how well you will do if you don’t give it a shot. For a little under a hundred bucks, you could have all you’ll need to smoke for a month, saving yourself two hundred dollars, and already boosting your overall health. What is it exactly that you are waiting for?